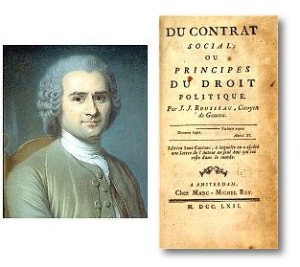 .
In summarising this political masterpiece, the four-part division is maintained and is referred to as Book I through to book IV. Book I seeks to make us understand how man graduated from being self-serving to being civil, why there was a need for the change and what political benefits necessitated it.
Book II tries to expose what kept sovereignty, its alienability, indivisibility and limits. The source of power of every sovereignty, which was in its laws as agreed upon by all was also examined and who the lawgiver was and how he came about with its different but important systems. Finally the people, their motivation and composition was glimpsed at.
Book III demystified government, its forms, institutions, preservation, classes and intersections. It also went further to show why different government are suitable for different countries and people.
Book IV explains the indestructibility of the general will and its motivations. It also ran an expose of the roman government, its build up, mainstay and peculiarities.